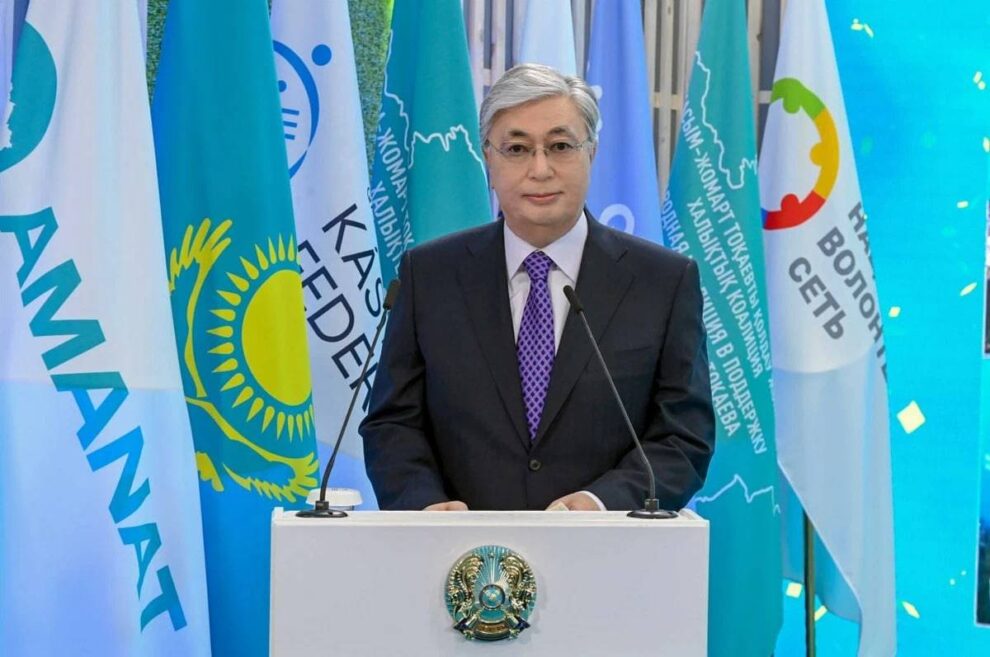 At the General Debate of the 77th session of the UN General Assembly on September 20, 2022, in New York, President of the Republic of Kazakhstan Kassym-Jomart Tokayev stood before world leaders at what he said was “a critical time for humanity.”

The Kazakh president described the current era as one of “geopolitical confrontation,” overwhelmed by greater chaos and unpredictability than before. There is mutual deepening distrust among world powers and nations which has undermined efforts at combating climate change and threatened sustainable development efforts internationally.

With “too much is at stake”, Tokayev declared that Kazakhstan stands ready to cooperate with all relevant actors in a spirit of inclusiveness, multilateralism, and goodwill and that the UN must be better prepared for future challenges and opportunities. The Kazakh president welcomed the proposals in the report of the Secretary-General entitled, “Our Common Agenda.”

When Kazakhstan proposed 30 years ago the idea of convening the Conference on Interaction and Confidence Building Measures in Asia (CICA), it was in response to global challenges, preventing crises, better predicting emerging trends and integrating Kazakhstan’s assessments into the conference’s strategic planning and policymaking. Tokayev expressed his hope to turn CICA into a full-fledged international organization at the upcoming summit late October in Astana in order to contribute to global mediation and peace-making.

President Tokayev reminded the world that Kazakhstan has had more nuclear weapons exploded on its territory than any other country. Tokayev reiterated that nuclear disarmament has become a critical element of Kazakhstan’s foreign policy.

In addition to nuclear risks, the Covid-19 pandemic has amplified the need to reduce biological risks and dangers. Tokayev pointed out that Kazakhstan has come to rely on the Biological Weapons Convention which has been in operation for 50 years. Building on that history, he advocated the creation of a new International Agency for Biological Safety.

When addressing the causes of climate change, President Tokayev said, “we need more action, and we need it fast.” And he insisted on the transition from coal-oil energy into a net zero economy by 2060. He highlighted that he planned to address this issue at the next Climate Conference, COP-27, later this year in Sharm El-Sheikh, Egypt.

President Tokayev spoke with pride of Kazakhstan as the world’s seventh largest grain producer and the breadbasket of Central Asia. He committed this agricultural potential to fight global food insecurity. He assured that Kazakhstan will continue to act as a reliable supplier of grain and other food-staples, which places the country in a vital and critical position in developing the Trans-Caspian International Transport Route, also known as “the Middle Corridor.” Thus, Central Asia is becoming a fertile region for international cooperation.  Additionally, he called for the creation of a Regional Centre for Sustainable Development Goals, to be established in Almaty. Tokayev also expressed his intent to expand Kazakhstan’s cooperation with the Islamic Food Security Organization, located in Kazakhstan, as well as with various UN agencies.

The President then shifted his attention to Kazakhstan’s domestic situation, calling for a just Kazakhstan, one in which every citizen has the same opportunities, rights, and protections. Most importantly, the president aimed to implement transformative political reform in the coming months and through the next elections. He aimed to de-monopolize and diversify the economy and increase the investments in human capital.   Tokayev expressed his intention to foster a more open culture between society and government, where government authorization is no longer required on peaceful assembly. Additionally, he noted that Kazakhstan has recently abolished the death penalty.

Tokayev also note that the successful meeting of the seventh Congress of Leaders of World and Traditional Religions, which was held in Astana in September 2022, and which included attendance by the Grand Imam of al-Azhar in Egypt, Ahmed el-Tayeb, and Catholic Pope Francis, among many other leaders, highlighted the importance of religious tolerance, dialogue, and mediation. 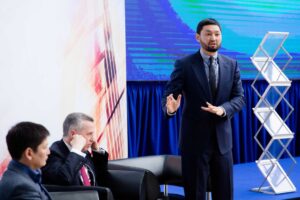 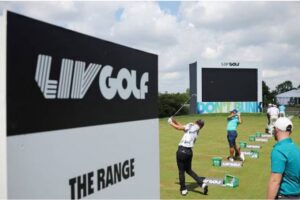 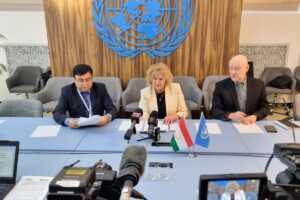